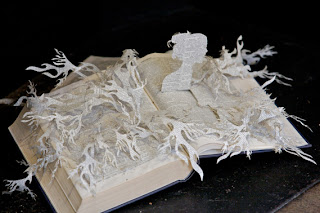 In the recent Wall Street Journal interview, King said that 11/22/63 was so different for him that it was like trying to break in a new pair of shoes.  We all know that King thrives in the horror genre, but his writing has never been limited to horror alone.

I think it is important to note that King often mixes genre's.  Don't be surprised to find sci-fi dancing with horror while it holds hands with a bit of romance.  I mean, Christine was described as a love triangle!  And what was Lisey's story?

The Dark Tower was a dark version of The Lord of the Rings.  It involved Romance, Horror, lots of Fantasy, Drama, Action Adventure and more.

Under mystery, there was Umley's Last case and that strange novel Haven.  I'm not sure Haven was really a mystery, since the mystery was never solved!  (Or did I miss something?)

1. COMING OF AGE: The Body. I think this one falls under "Drama."  Or Coming of Age.  Whatever it was, I liked it.

2. DRAMA: The Shawshank Redemption.  A prison break without a ghost in sight.

3. SCI-FI: The Tommyknockers.  This long, very unusual novel was sci-fi.  I think.  Was it?  Yes, definitely.  Maybe.

4. APCALYPTIC: The Stand.  While the Stand contains elements of horror, I think one reason it took the world by storm is because it was so unexpected from the young Stephen King.  It falls under the rather strange category of apocalyptic.

5. ?  Rage.  While all of the Bachman books break type in some way, there will never again be another book quite like Rage.  It reminds me of an extreme Catcher In The Rye.  It is both insightful, prophetic and flat out scary.

6. SCI-FI: From A Buick 8.  Sci-fi all the way, with the added bonus of multiple points of view.  It was a very unique novel that seems overlooked in the King canon.  For all the King adaptations that have suddenly become so popular, where is this one?  I'm afraid it's simply seen as a "Christine part 2" for those who don't know what it's really about.

7. FANTASY: The Eyes Of The Dragon.  A children's book that was much more than a children's book.  It falls neatly under the category of dark fantasy.

8. DRAMA: The Green Mile.  yes, there are dead people here, and violence, but the novel is really about a healer and the man who is required to put him to death.  So what is it?  Drama?

9. SUSPENSE: Dolorores Claiborne.  A rambling confession takes all kinds of suspenseful turns.  And that's what I think it is. . . suspense.   What if a woman who got away with a murder was now accused of a murder she was actually innocent of?  I like it!  The novel is never really a "mystery" since we know from the start who done it!  This is also unique because it is a woman's first person narrative.  "How does he know what women are thinking?" My wife often asks, noting how strong King's female characters often are.

10. SUSPENSE: Misery.  It was originally slated to be a Bachman novel, but then someone turned the lights on Mr. King and outed him.  Anyway, Misery is almost 100% suspense.  It's the kind of stuff Hitchcock would have loved.
The really nice thing about a Stephen King novel is that none of them fall neatly into the parameters of normal genres.  King is more focused on telling the story than he is interested in shaping it to fit neatly into a publishers box.  Proof positive that he is not the "hack" that mean spirited, usually jealous people accuse him of being.  He's not churning out cheap novels, he's telling rich stories that build on well developed characters and a variety of genre's.