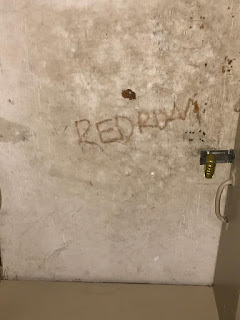 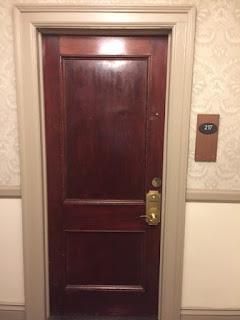 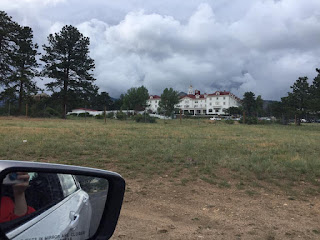 
Check out the Fox interview with Dee Wallace. (HERE)  She has quite a bit to say about her work on Cujo.

Fox News: It’s been said “Cujo” was the most difficult film for you to make, but one that you’re the proudest of. How so?
Wallace: My God, it was the hardest thing I’ve ever done mentally, physically, emotionally. You have to understand you’re working with a dog – an incredibly trained dog – actually there were 13 dogs that played Cujo. Then there was a young kid of 6 and me. So I had to absolutely be on the whole time. What an emotional ride. And every time you see a scene, we probably shot it 15 times from different angles. That’s a huge amount of emotional output. And what most people don’t understand is that your body does not differentiate between a perceived threat and an actual threat. So I blew all my adrenals out because for eight weeks, literally, I was in fight or flight.

They treated me for exhaustion for about three weeks afterward. I still take raw adrenal supplements because I just blew them out from all the emotional work. And physically. Physically alone was incredibly demanding. But I look at the film and think that I went as far as I could go, as truthful as I could go. If I can do that in every performance, I will die a happy actress. 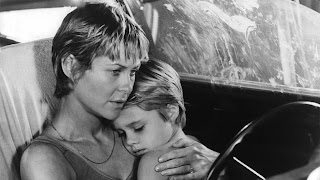 Fox News: What did Stephen King think of the film?
Wallace: He was down there for the first couple days of shooting... He often touts "Cujo" as the best film rendition of any of his writing and that I should have received an award nomination. He’s really generous with his praise. My job is to really honor in the most authentic way what the writer and the director want to bring to life. I feel a real duty to my fans to do that in the most truthful way I can. 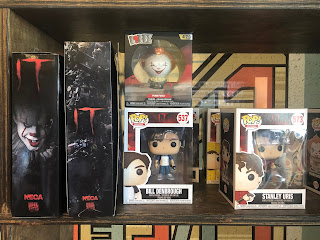 Look what I found at a comic book store in Redlands, California titled, "The Quest Store."  An entire shelf dedicated to IT.
No comments: Links to this post

Email ThisBlogThis!Share to TwitterShare to FacebookShare to Pinterest
Labels: IT, Toys

The Dark Half Complaints 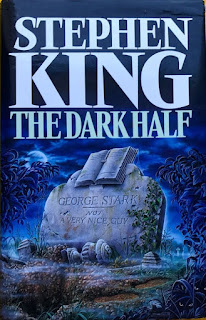 I finished reading the Dark Half the other night.  What started out for me as a full speed Stephen King horror thrill ride turned into tiresome suspended reality.  Frankly, I didn't like the second half; at all.

I think the Dark Half would serve better as a novella.  The idea was not only fleshed out, it was obese.  Soon, as one idea built on another, characters began to behave in a way far removed from reality.  That's because the plot itself left any grounding in the real world to chase an idea.

At the core, I have to simply ask: Did the ending work?  And my answer is a strong: No.  It was neither natural to the movement of the story, logical or even innovative.  The truth is, when the end finally came, I was just glad to leave these characters.  The unanswered questions pile up when you start to fact check the central themes of the Dark Half.

In trying to tie it all together, by giving us plot line after plot line, King actually undid his own premise.  The book becomes overthought.  It's not a fun adventure at the end, because there is no doubt at all who is going to win.  But may I suggest, if King would have let the bad guy win in this one, it would have been a delight!

The idea that a twin, killed in the womb, is actually a ghost with a voice of his own in his twin brothers head is great.  But there's no way, no plot line, that could actually allow him to steal the show and win.  So the story is empty of tension.  The reader never once actually thinks George Stark is going to beat the odds; he doesn't have a chance. Not in Stephen King's Castle Rock, anyway.

May I suggest that if King's story were actually followed through, though; Stark has a great chance of beating both Alan Pangborn and Thad Baumont.  (Baumont has to be a nod to writer Charles Beaumont who wrote some of the most memorable Twilight Zone scripts.)  But simply put, King cannot allow Stark to win.  That's because the story is so far from any reality, to not put it down would throw a lot of King's other work into suspended reality.  The story is set in Ludlow and Castle Rock.  What happens if George Stark beauts the writer and the sheriff and runs loose through the town?  Well, honestly, it seems the odds are in his favor.  Stark seems to come from no where, and is headed into no where as he decays quickly.  King isn't exactly clear how Stark became flesh and blood; but whatever that flesh is -- it ain't here to stay.  Stark needs Beaumont, and in the end, kocking him out isn't much harder for Thad than Superman giving Lex a gentle kick to the face.

The killer, that started out with seemingly unlimited strength and no conscience, ends up just crumbling and being carried away by birds.  Why?  Because he can't be allowed to exist.  The "what if" is too big.  What if we allow someone as powerful as George Stark first appears to remain on the scene?  (What if we let the Death Star terrorize galaxy?)  After creating a wonderful, terrible, mean monster in George Stark, King quickly begins to downgrade him.  By the end of the book, he's practically on hospice.  His flesh is falling on and he's not anything of the force he was at the beginning of the novel.

The Dark Half doesn't pay off because George Stark himself doesn't pay off as a villain.  There are a few chapters King even dedicates to Stark's point of view; maybe hoping to give the reader perspective.  But again, these scenes only serve to weaken Stark.
No comments: Links to this post