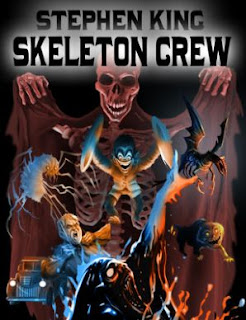 For years I have gotten emails and posts comments asking about the unabridged recording of The Mist.  I have audio tapes and the digital version of Frank Muller reading the Mist.  Turns out, for some reason that recording is  no longer in print.  That means that for years the only way to hear the Mist has been the 3D production.  The only problem is -- the 3D Sound recording just isn't the same as listening to the words themselves build the story.  It's like a radio play.  Super cool -- but just not the same.

I noticed today that audible has released an unabridged recording of Skeleton Crew.  And in the batch is The Mist.  It's not the Frank Muller recording, but it is The Mist unabridged.  Exciting stuff!

Review Of Unearthed and Untold the Path to Pet Sematary