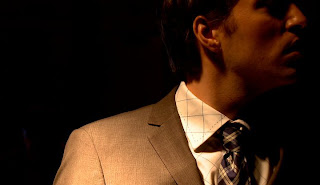 Talk Stephen King: Hi, thank you for taking the time to let me interview you. Please tell me more about you and your work.


Christopher Birk: My name is Christopher Birk. I've lived in New York City since 2007 and have been working as an actor. I could tell you about the things I've acted in but if you're interested in that you can check out my website, www.christopherbirk.com . WILLA is my debut as a director and I am very excited about it. I cannot even remember how long I have wanted to make one of Stephen King's stories come to life and now I am actually doing it.


TSK: Tell me a little about Alpha Tree Productions.

BIRK: I created Alpha Tree Productions in January this year so I think it's safe to say that we are still pretty young.

First and foremost I wanted to create a network of people who were actually interested in working together and helping each other out in the industry we live and breathe for.
But I naturally also wanted to prove that we could do our own productions, hence 'WILLA' and the short movie 'ALONE' we just finished shooting. The hope is that in the future we will do, not only our own productions, but be the platform for others in the network to get together to make some art happen. I started the company after years as an actor having worked with people where we always talk about how we 'should do something' and then, unfortunately, it doesn't happen. Well with this company it will!


TSK: You chose to film Stephen King’s short story, Willa. How did you obtain the rights to it? Is this a famous "Dollar Baby"?

BIRK: Yes it is a dollar baby. Stephen King is very generous with rights to his work. I simply contacted his people and after explaining my vision for WILLA I got all rights but distribution and the use of his name in my title.


TSK: Why did you choose Willa?

BIRK: I know it's cliche but it chose me I feel. The minute I read the story I saw the whole movie in my head and it hasn't left my brain since - it has only gotten stronger. So the only way to get it out of my head is to get it out to the world. Oh, and did I mention that I really love the story as well?


TSK: How difficult was it for you to write the script?

BIRK: It's not terribly hard (I feel) to adapt it when the story is already there. Since I am by no means an experienced screenwriter I have collaborated with a bunch of people who are much more experienced. With their help, notes, suggestions and guidelines I have created sub stories, more natural language and merging/creation of characters - all without sliding away from the core story.


TSK: How long do you anticipate the movie to be?

BIRK: It's impossible to say right now. I would 'like' it to be a nice 100 minutes but I'm sure MY version will be longer. It will natually be shaved down to a suitable size before I throw it out there but I'm sure I will have my own version as well.


TSK: I know you are looking to generate some cash flow in order to begin work. What kind of money do you need? Is it millions, billions or national debt type stuff?

BIRK: I tried to be realistic and were aiming at 250 million dollars! . . .
No, of course not. Actually, initially, I planned to do it 'Blair Witch' style and for no money at all but I wanted to see if I could blow it up just a little so I could do nicer camera, sound, etc. So we aimed at a budget of 20,000 dollars. An amount that makes a lot of 'serious' people laugh out loud but I really don't believe it has to all be about money when you want to tell a story.

TSK: Wow, I'm glad you didn't do it Blair With style!  So it’s the kind of thing that every contribution will make a big difference! How can someone give to this project?

BIRK: Oh definitely. Though we have an official budget we can adjust. For me the important thing is to make the movie happen even if we don't get the amount we want. I don't like to be restrained by money. Though it is necessary, of course, you can really do a lot for a little. Naturally every dollar helps and with more money people can be paid more, equipment can be driven instead of carried, etc etc etc. And anyone interested can donate right here: http://alphatreeproductions.com/Willadonations.html. This link also leads to the official website where you can read a lot more about it.


TSK: Is this a for profit film?

BIRK: My contract with Stephen King forbids me to make money (except for festival prizes etc) but he will see the finished film and in the case that he likes it enough we will negotiate the rights to distribute it in whatever form he wants.


TSK: I know you’re a big fan of Stephen King. Are you also a collector?


BIRK: Very big fan yes! I don't have everything he has written and I must admit I actually think I've seen more films based on his work than I have read his actual books. I have read a lot though and there seems to be at least one movie done of everything he has done. Maybe that's why I so clearly saw WILLA in my head.
TSK: What venue’s do you think will be open to showing Willa?


BIRK: Good question. I have not even thought of that. There are a lot of elements in the story that will appeal to almost everyone, not just fans or horror lovers. So when the time comes I certainly think we can show it in most places, provided we get ourselves a rating.


TSK: I see a great cast lined up. How difficult has casting been?
BIRK: It was difficult because there were so many who submitted and I would have loved to see every person audition. We did try to get as many people as possible to do video auditions because we simply didn't have enough space at the actual personal auditions. Both main characters, Willa and David, were found through video auditions. On the other hand it was easy. There were a lot of the roles we didn't even have to worry about. When we saw people audition we simply knew, without doubt that we had found the right person. 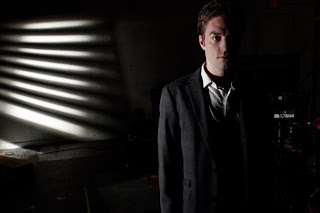 TSK: Do you have a favorite director?

BIRK: As with so many other things it's very difficult to naim one. If I can mention my top 3 it would be Taylor Hackford, who directed the brilliant movie adaptation of Dolores Claiborne, Paul Thomas Anderson (Magnolia) and Guillermo Del Toro (Hellboy)

TSK: Thank you so much!  I look forward to seeing Willa, as I think most Stephen King fans will.