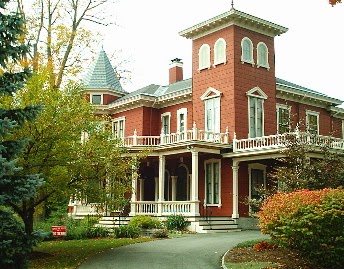 In his weekly radio program, Maine governor LePage suggested that Stephen King left Maine because of the states income tax.


Meanwhile, remember who introduced the income tax here in Maine. Well, today former Governor Ken Curtis lives in Florida where there is zero income tax. Stephen King and Roxanne Quimby have moved away, as well.


"Governor LePage is full of the stuff that makes the grass grow green. Tabby and I pay every cent of our Maine state income taxes, and are glad to do it. We feel, as Governor LePage apparently does not, that much is owed from those to whom much has been given. We see our taxes as a way of paying back the state that has given us so much. State taxes pay for state services. There's just no way aRound it. Governor LePage needs to remember there ain't no free lunch."

Now it makes me wonder if the Republican Governor knows anything at all about Stephen King and politics.  Did he really think King, who has openly said he should pay more taxes, would leave the state because of taxes?

Amy Fried at Bangor Daily News points out that Stephen King has not left the state.  She writes:


I live in Bangor and frequently walk past his house on West Broadway. There are often cars in the driveway with Maine plates. I sometimes see Stephen or Tabitha in Bangor.

The Kings vote in Bangor. I’ve looked up their donations to federal candidates and they’re listed as Maine residents.

Besides the Bangor home, they also own a home in western Maine. Plus there’s a house in Florida.

Stephen King and the End of the World

When it comes to book-to-film adaptations, Stephen King doesn’t really have a consistent track record. Some film adaptations are awful and some are great. With anticipation building for the release of the film Cell with John Cusack, and murmurs about a new film series based on The Stand, one wonders how these new films will measure up against older film/tv adaptations of King’s dystopian stories.

You might remember the TV miniseries adaptation of the "The Stand" which debuted in 1994. It was based on a novel by King from 1978, which told the story of a weaponized version of the flu that escapes from a government lab, and it wipes out most of humanity, except for a few people scattered throughout the United States. In the TV adaptation, these survivors are portrayed by famous performers: “Nick Andros,” a deaf man from Arkansas, was played by Rob Lowe, and “Frannie Goldsmith,” a Maine teenager played by Molly Ringwald. The survivors start to have visions of either the kindly “Mother Abagail,” played by Ruby Dee, or the demonic “Randall Flagg,” played by Jamey Sheridan. Survivors are told to travel to Nebraska to meet Mother Abagail, or to go to Las Vegas to join Flagg.

The eight hour “Stand” miniseries is faithful to the over 1,000 page book, but it is more similar to the earlier abridged version that was released in the seventies than the complete, uncut edition that Doubleday published in 1990. The A.V. Club said in its review that the miniseries reduced the story to a simple-minded duel between good and evil, without the complex nuances of the book.

Entertainment Weekly offered a somewhat backhanded compliment, stating that the "Stand" miniseries was a "sheer messy sprawl" in the most affectionate way a critic can say that sort of thing. In this writer’s humble opinion? The TV miniseries has not aged well. The music, the special effects, and even the actors chosen seem a little dated and cheesy.

Speaking of dated and cheesy: you might also recall an Arnold Schwarzenegger vehicle based on a book that  was attributed, not to King directly, but to King’s nome-de-plume, Richard Bachman. The novel was, of course, “The Running Man,” which “Bachman” wrote in 1982. The novel talks about a man named Ben Richards, who lives in the middle of the United States in the year 2025. The world economy has collapsed, and the general public is demoralized. Richards has a daughter who is violently ill. Because he lacks the finances to pay for her medical treatments, he agrees to participate in a new TV program entitled “The Running Man,” which is sort of like American Gladiators, but infinitely more barbaric.

Contestants on the program try to evade “hunters” — hitmen who are employed to track contestants down, and snuff them out. Contestants win money for every hour they stay alive, plus money for every hunter they manage to kill themselves, plus a billion dollars if they make it for a whole month without getting caught.

When producers approached King with the desire to turn the novel into a film, King insisted that the story be credited to Bachman. The film (released in 1987) starred Arnold Schwarzenegger as Ben Richards, and the story was changed. In King’s novel, Richards was an impotent civilian acting out of desperation for the sake of his family. In the feature film, Richards is a former police officer who is wrongfully accused of killing civilians. He is put in prison, but manages finds a way out when he is invited to compete on “The Running Man.”

According to Roger Ebert, "The Running Man" film felt sort of like a videogame or a comic book for the big screen. The film is repetitive, highly stylized, and heavy-handed, but still manages to capture some of the cynical satire of King’s novel. Regardless, ultimately, the film shares many weaknesses with the TV adaptation of “The Stand” — it’s overwrought with dated cliches, and it featured a lot of dubious casting choices.

The bad news? Dystopian fiction is easy to sell to people. It doesn’t even have to be especially well-written (just think about “The Hunger Games” or “Divergent” series). Perhaps part of the reason why there are so many dystopian novels and films in the first place. While King’s dystopian novels are well constructed, bad things happen to these stories when producers get their hands on them. The film studios pander to the audience, and what results are subpar films that look even more ridiculous over time. Cell will be, in its own way, capitalizing on the popularity of the zombie craze. The unlikely pairing of Samuel L. Jackson and John Cusack is also worrisome. Cell will probably not be a very good movie. Hopefully, I’ll be proven wrong on this point.

The good news? There are Stephen King film adaptations that were pretty great, such as The Shawshank Redemption and The Green Mile, which still air regularly on satellite TV networks (more info here). For every thirty crumby Stephen King derivative films, maybe one or two will be truly excellent. Such is life.

Stand By Me vs The Body

Email ThisBlogThis!Share to TwitterShare to FacebookShare to Pinterest
Labels: Chris Calderon, Stand By Me, The Body, Youtube

This is really cool!  Check out the full article at openculture.com 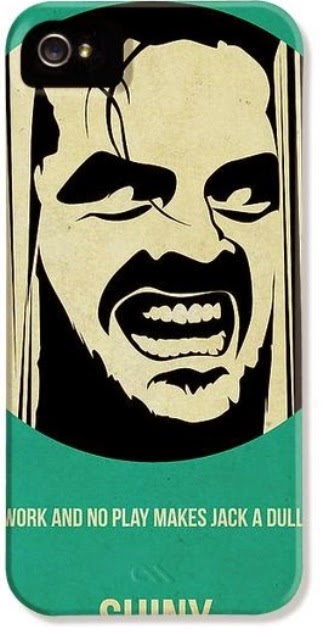