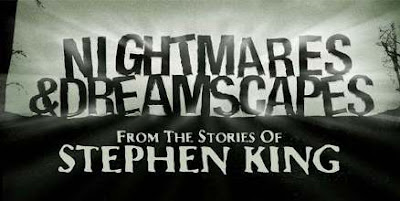 Just finished Dolan's Cadillac-- wow! A very intense, fantastic read. Long enough it felt like a Novella more than a short story. Revenge pure and simple. I really liked the fact that the details are light and easy while the revenge is thick and heavy. Reminds me of the Tell Tale Heart -- as I'm sure it's supposed to. Absolutely brilliantly executed.
.
King allows the reader time to deeply inhale the sweet taste of revenge. He isn't afraid to tell the story! When King comes up with a plot that good, I have to admire his restraint in not creating an entire novel. But he let the story tell itself.
.
The trap Robinson builds is complicated enough, I found myself wanting a drawing. seriously -- i can picture this, until you add pavement and so on.
.
The story is set to be a movie released in December of 09. http://www.imdb.com/title/tt0963965/
.
Check out Lilja's library for a review of the film. Since I haven't seen the movie, all I can say is, "Uhhh, I liked the trailer.":
.
http://www.liljas-library.com/showreview.php?id=207
.
Dolan's Cadillac was orginally printed as a five part series in Stephen King's newsletter Castle Rock. from February 1985 to June 1985. See stephen J. Spingensi's: the Complete stpehen King, p.506-507