NEWS: IT is sinking

Entertainment Weekly is reporting that New Line Cinema has indefinitely cut production on IT. EW says that director Cary Fukunaga reps say that he has left the project.

I've grown leery of remakes in recent days.  In fact, I opted not to see Poltergeist this weekend because reviews were -- it's just not scary.  Bu IT wasn't just another remake; it truly was a re envisioning of the Novel.  The previous work had been for television; a worthy effort, but Pennywise has always belonged more on the big screen.

So of all the Stephen King projects that I was really excited about coming to the big screen, I was excited about this one.  And the Dark Tower.  While the novel is slowly dating itself, the movie promised to bring an update to the story.
3 comments:

Email ThisBlogThis!Share to TwitterShare to FacebookShare to Pinterest
Labels: 1 NEWS, IT Movie, It Remake 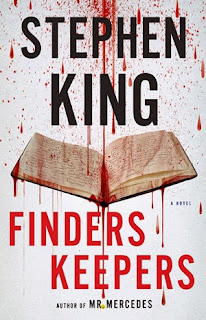 
If you liked MISERY, you're probably going to like FINDERS KEEPERS. Some fans are just cockadoodie brats.

Molly, aka The Thing of Evil, is also a cockadoodie brat. Can't say more. She's in the room. And listening... 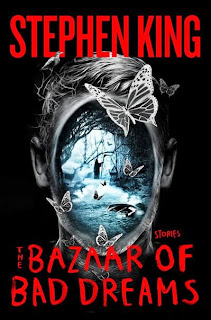 I think this looks great!

The Guardian notes that the book will also include notes from King on the craft of writing.  Of course, King hasn't taken on the subject of writing since his classic book, On Writing.

The Bazaar of Bad Dreams, due to be published on 3 November, will bring together 20 short stories by King, a mix of new writing and work already collected in magazines. But it will also include an introduction to each story by the writer, in which he will provide “autobiographical comments on when, why and how he came to write it”, as well as “the origins and motivation of each story. His editor at Hodder & Stoughton, Philippa Pride, predicted the inclusion would “delight all his readers including those who love his insight into the craft of writing”.

Email ThisBlogThis!Share to TwitterShare to FacebookShare to Pinterest
Labels: book covers, On Writing, The Bazaar of Bad Dreams, The Guardian 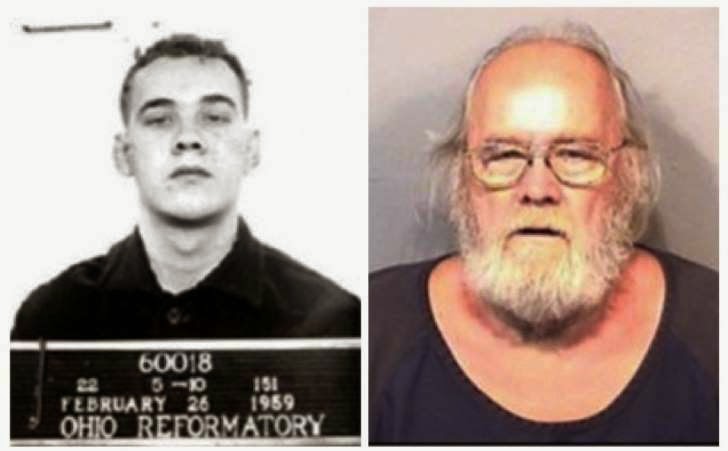 In 1957 Frank Freshwaters was a 20-year-old Ohio bad boy.  On a July night, he hit and killed a pedestrian while speeding.  He was given 20 years, but the sentence was suspended.  However, he got back behind the wheel of a car, and so he went back to prison in 1959.  He landed in the Ohio State Reformatory.

Now, track with this: The Prison closed and became the set for the 1994 Stephen King classic, "The Shawshank Redemption."

Freshwaters secured a transfer to a nearby “honor camp,” and disappeared in 1959.  (See the link for the rest of the story.)
1 comment:

Will Poulter will be PENNYWISE 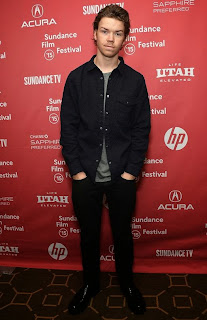 variety.com reports that Will Poulter is "in negotiations" to play the evil clown, Pennywise, in the upcoming IT movie.  The movie is not a remake of the mini-series so much as it is a retelling for the big screen.

Justin Kroll at Variety reminds us that the IT project is really two feature film.  Kroll notes, "Fukunaga has been very vocal recently that the latest script will stay true to the King story while also giving the film a new look."

The plan is for the first movie to tell the kids’ story and the second movie to focus on the adults.

About Poulter as Pennywise, Kroll says that New Line originally looked at older actors like Mark Rylance and Ben Mendelsohn to play the evil clown.  However, they decided to "go younger" with Poulter.  Why?  Because Poulter rocked the audition with Fukunaga -- leaving the director unable to say no.

Honestly, Pennywise does seem like the role of a lifetime.  What fun.

comingsoon.net notes taht Will Poulter, best known for his roles in The Chronicles of Narnia: Voyage of the Dawn Treader and The Maze Runner.
2 comments:

Just How Much Blood Do You Need To Fill An Elevator? 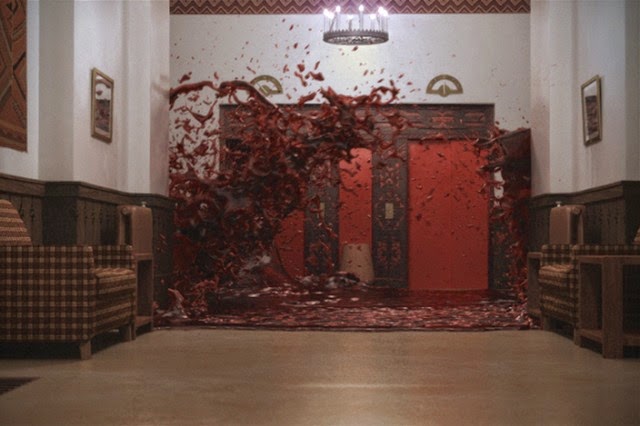 filmschool rejects asks an important question: Just how much blood would it take to fill an elevator at the overlook ?  See, I'm glad someone is thinking about the important things in life.   Kevin Carr explains his love for The Shining before explaining that he has been diving into the "thought provoking" Room 237.  Now, maybe that's just a kind nod, because when I watched Room 237 I came away thinking I've been in the room with the UFO believers a little too long.

Discussing the scene where the elevator doors open to a outpouring of blood. Of course, Kevin Carr asks what all of us asked when we saw that -- How much blood would it actually take to fill the elevator lobby?  Yeah, that's what I thought!  Carr writes, "The Answer: About 3,000 gallons… and possibly much more."  WAIT!  More?  So that's not the answer.

Carr explains how the scene was filmed:


The actual shooting of the blood elevator scene was, of course, an effects shot. Achieved decades before CGI blood would even be an option, the sequence was shot on a soundstage in miniature. Kubrick wanted to literally have 200 to 300 gallons of Kensington Gore fake blood available for the shot, and it reportedly took days to reset.

Visual effects expert David Ridlen generated a computer model of the blood elevator sequence using RealFlow 4 and LightWave 9.6. What resulted was a strikingly accurate recreation of the original practical effect from The Shining. In the process, Ridlen’s work debunked the theory that there is a body or some other object hidden in the blood. (Ridlen tells me, “I am absolutely 200% sure there is no such thing.”)

Ridlen used a 1/2-scale set because he felt Kubrick would have wanted his shoot to look as close to reality as possible, though there is evidence that the set itself might have been 1/3rd-scale. Regardless, in Ridlen’s recreation, he used 366 gallons of digital blood. Doubling the size of Ridlen’s elevator set would mean the volume of blood needed to fill it increases by a factor of eight. This results in 2,928 gallons of blood. So there’s your shopping list.

However, while a set was used to shoot the scene in The Shining, within the film itself, the elevator hallway is opened to the rest of the hotel. Within the actual scene, you can see chairs floating and the blood pooling rather than draining away. So…

One of the hallmarks of Kubrick’s film is that the Overlook Hotel is constructed with impossible geography. Maps are available online which attempt to lay out where the different rooms are. However, many of the rooms, hallways, and corridors seen in the film cannot fit together in normal space.

Of course, the concept of impossible geography in film and television is nothing new, especially for anyone trying to figure out the layout of the house or apartment in The Golden Girls, Roseanne or any other popular sit-com. However, Kubrick deliberately used impossible geography in The Shining to disorient the viewer (and, at times, the cast and crew).

And then Carr asks the great big question I was actually wondering; Where did it all come from?

Check out the answers at: filmschool rejects
No comments: