What Happened To Jim Carrey In Room 237? 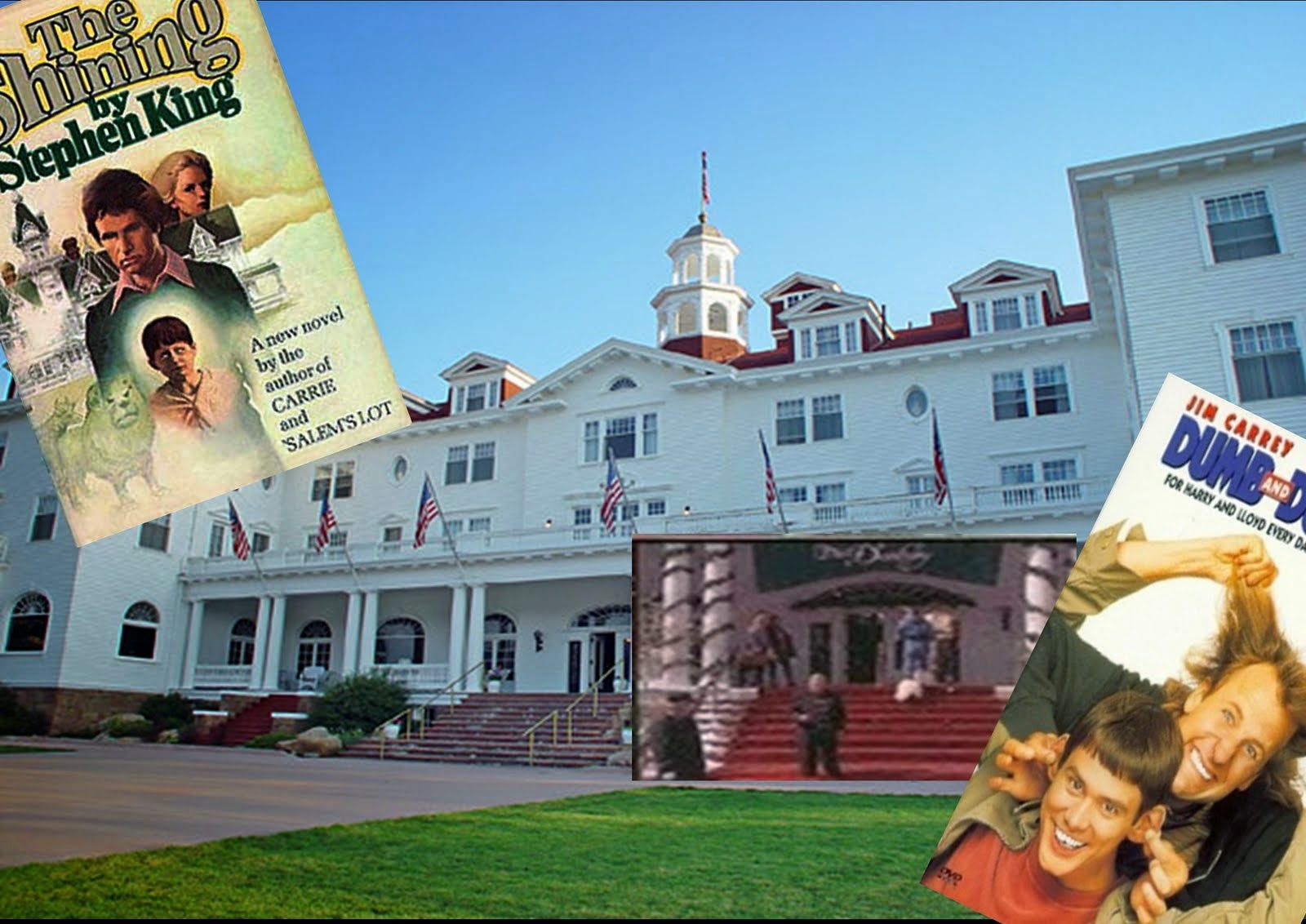 I was watching Dumb and Dumber last night with my daughters.  It's sad when you reach the age when things that were hilarious in your 20's are now just -- stupid.  What did catch my eye was The Stanley Hotel.

James Parker at The Atlantic wrote:


Jim Carrey requested 217 during the filming of Dumb and Dumber, but checked out—so the story goes—after only three hours. “That’s a shady one,” says the hotel’s tour guide Kevin Lofy. “What happened to him in that room, we don’t know. He’s never spoken of it.” A fantastic, if apocryphal, image: Carrey the rubbery actor-medium, the channeler of presences, windmilling out of the Stanley in a post-ghost panic.

Advocate "In Focus" editor, Lindsay Maynard, reports a similiar details about Carrey's stay at the Overlook -- I mean Stanley Hotel.  Maynard took the hotel tour and wrote a very nice article in which he wholeheartedly embraces the spooky elements of the old place.  In fact, she says the hotel is deemed one of the "most haunted."  HERE is the article, titled "Tour Estes Park's most haunted hotel." 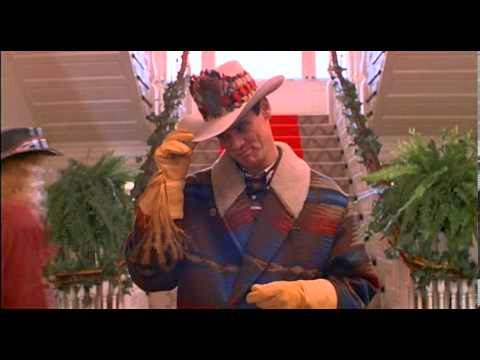 Maynard also includes the tid-bit about Jim Carrey's stay in room 217, and also reports he did not stay the entire night.  Seems a few hours after checking in, he left the room and "never returned."  Why?  He's never said a word about it.  Could it be that the woman in the tub bothered him?  She was so very pretty!  Or perhaps the two dead girls made it hard to settle down. 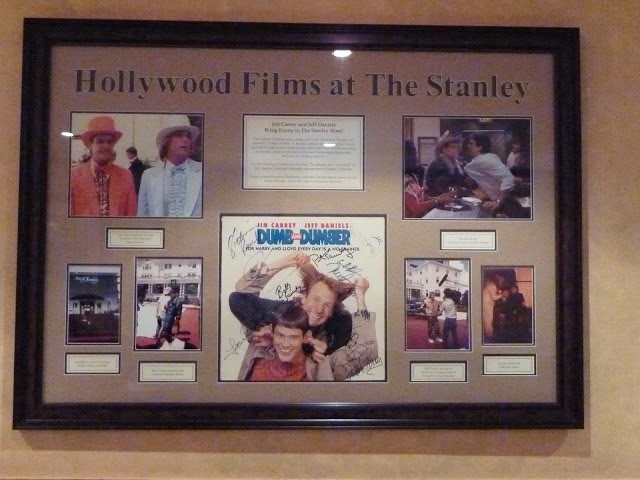 Some interesting facts gleaned from the article: 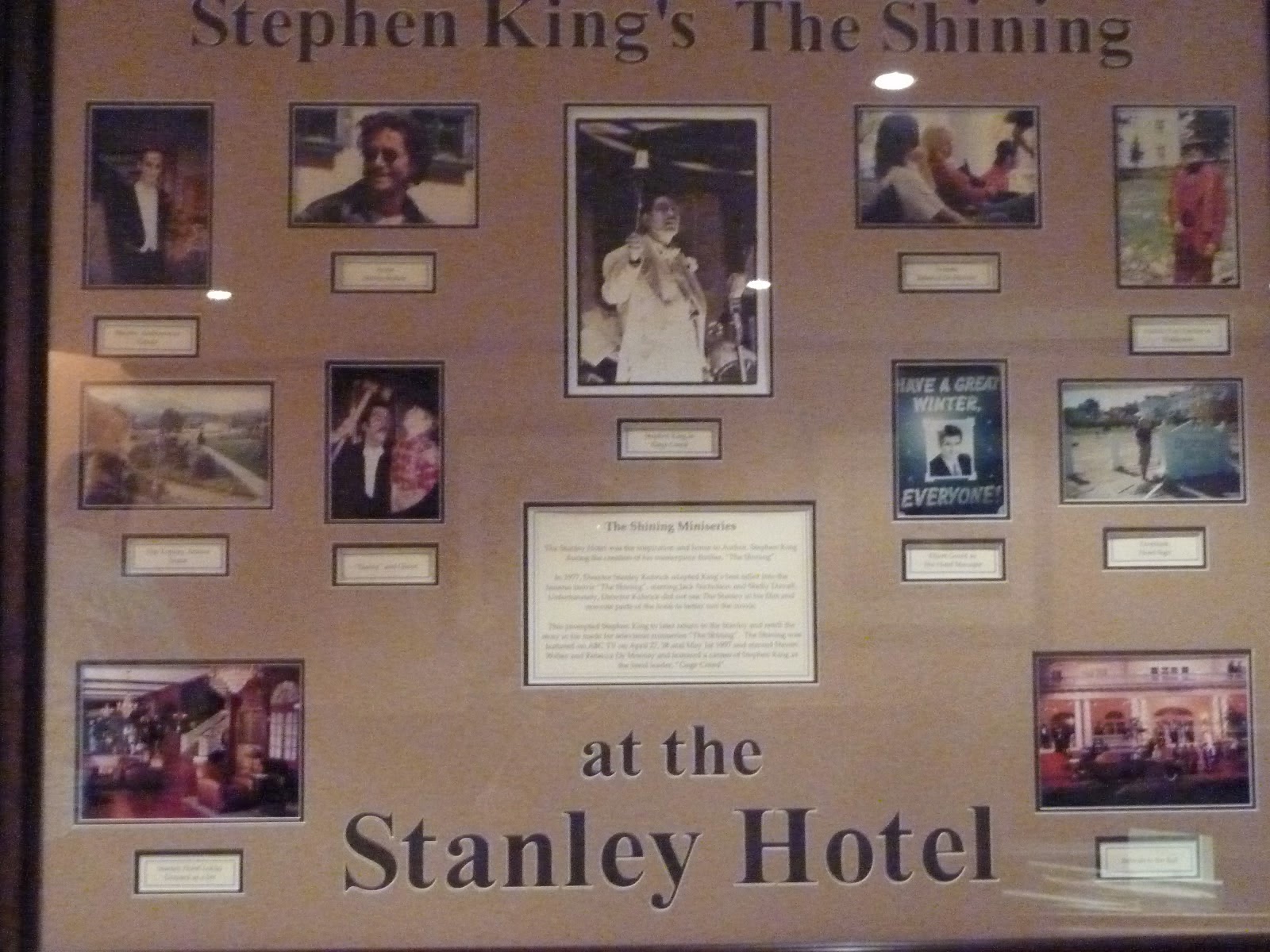 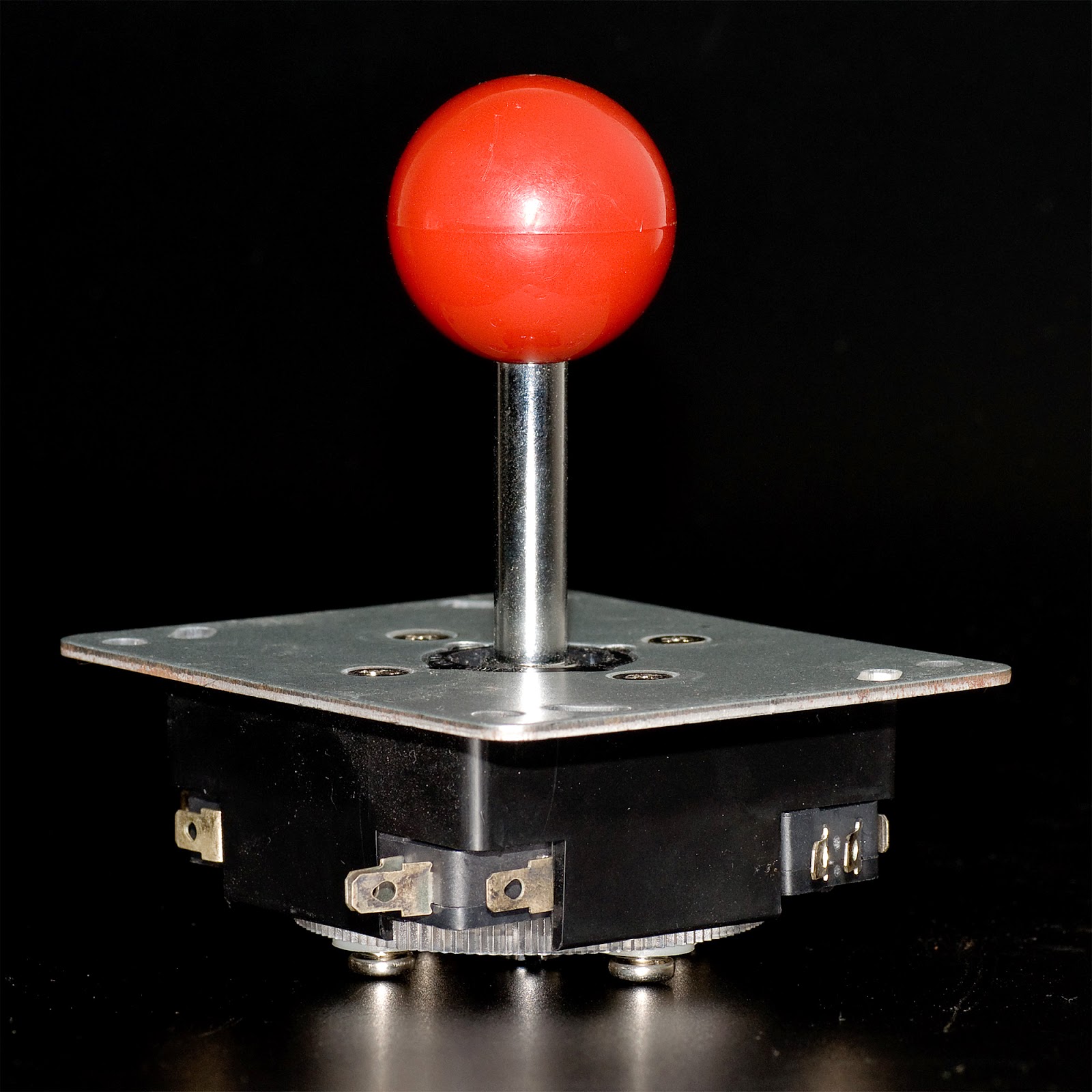 Doesn't it seem like there should be more games based on Stephen King books?  I'm still waiting for someone to give me an edition of THE  STAND Civ 5.  Really, no one has wanted to drive Christine?  Think about it -- it would be a lot more fun than Pole Position.  Actually, a lot of things were better than that game.

Here is a list of video games based on King's work.  I am not including Discordia.  If you know of others, tell me in the comments section (or email me). 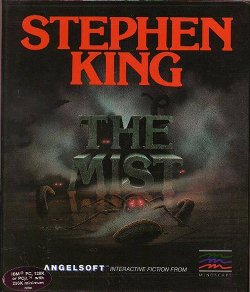 The Running man was released as a Commodore 64 game.  It also inspired a game called "Smash TV." 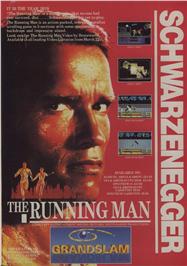 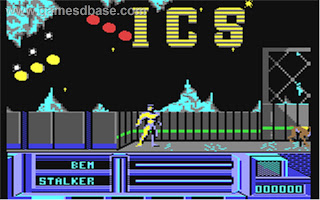 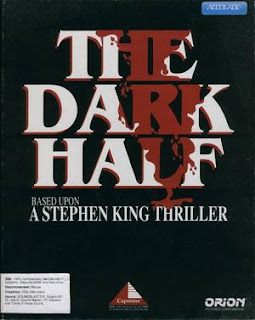 www.giantbomb.com gives us this review of The Dark Half video game:

The Dark Half is a point and click story based adventure game based on the Stephen King novel of the same name. It was released in 1992 by Capstone and even though many consider it to be a terrible game, it is highly sought after and considered a cult hit.

The Dark Half was developed by Symtus and published in 1992 by Capstone. It is a ScummVM-esque point and click adventure game that is based on the Stephen King novel of the same name. Although the mechanics of the game are very similar to many adventure games released around the same time from LucasArts, it is possible to die / be arrested in the game, bringing your adventure to an eary finish.

The game itself is a poor reflection of the novel and is riddled with plot holes and inconsistencies. Even with these inherent flaws, The Dark Half remains a cult classic, a title that is still highly sought after even this long after it's debut. The ease of getting a "Game Over" screen is such that it's vital to save often and in different files, which is a turn off for many gamers with games such as Monkey Island setting the benchmark of a "deathless" game.

This was a Sega Genesis game. I never got to play it because we were Atari people.  Then Commodore. 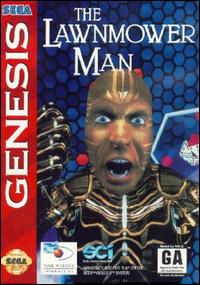 For more, check out David Finniss article at voices.yahoo.com.
Finnis' article covers all of the above games,and also a wallpaper program called F13: "The only thing that I was able to find on my own was a program called F13. It wasn't so much a game as a program that gave you wallpapers for your desktop. There were some mini-games as well as an electronic copy of Everything's Eventual. It received a mixed review at best."

10 King Novels That Should Be Video Games:

I liked this article by Clayton Ofbricks: 10 Stephen King Novels That Should Be Video Games.  He gives a nice outline of how each game would be played out.

Email ThisBlogThis!Share to TwitterShare to FacebookShare to Pinterest
Labels: Games, Links, The Dark Half, The Lawn Mower Man, The lawnmower Man Video Game, The Mist, The Mist Video Game 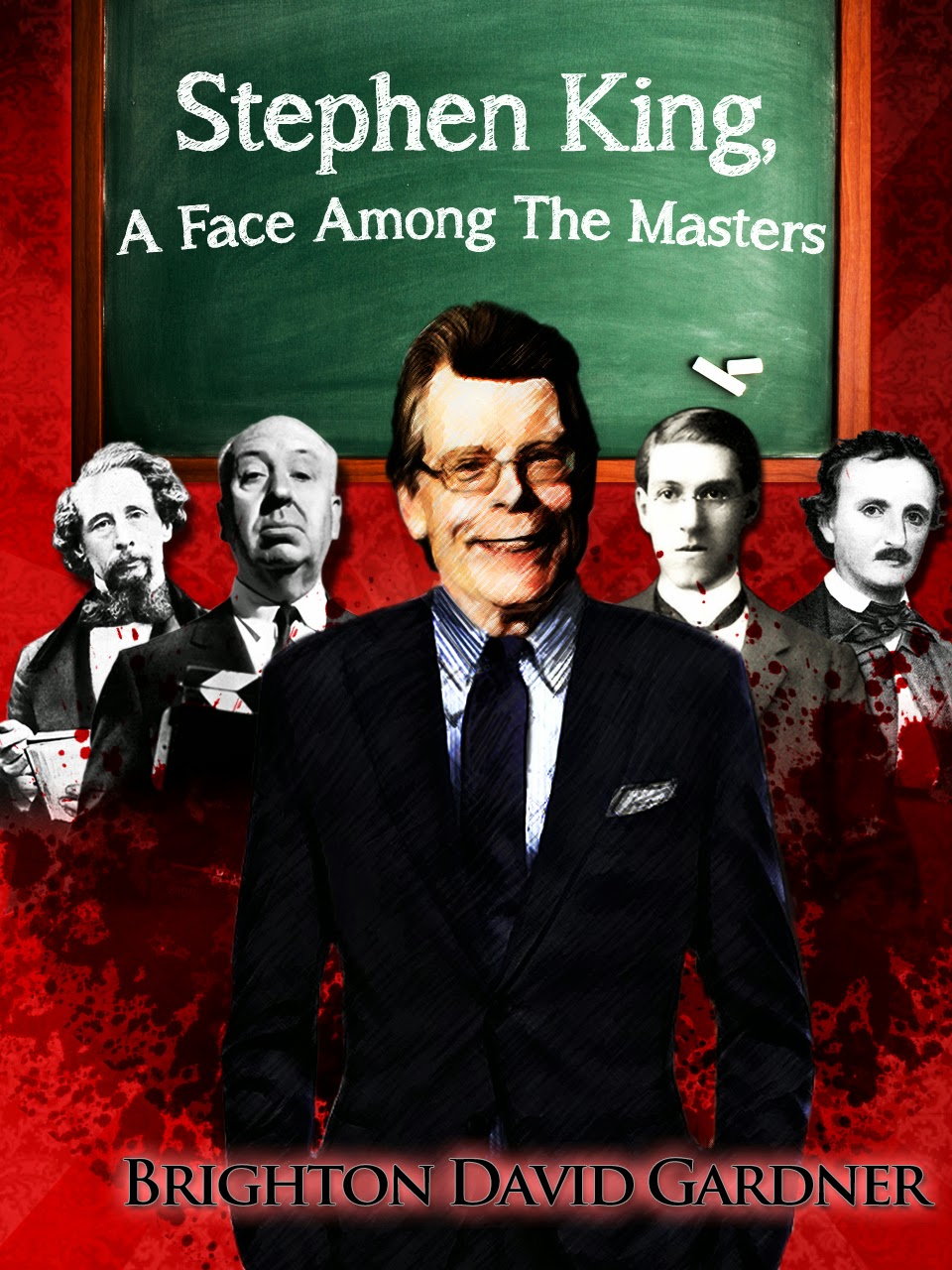 The Stephen King message board recently had a thread that was a discussion about my book, Stephen King, A Face Among The Masters.  (stephenking.com) The topic -- that I said Stephen King is "mean."  Of course, this lead to some heartfelt whining that Stephen King is a serious writer who shouldn't be called mean.

If you want nice authors, read Jane Austin.
If you want someone with the guts to kill off little Gage and send killer clowns after grade school kids, read Stephen King.

(The chapter was developed from this blog post: talkstephenking.blogspot.com: seven-reasons-we-read-stephen-king)
3 comments: