Creeping Up On October 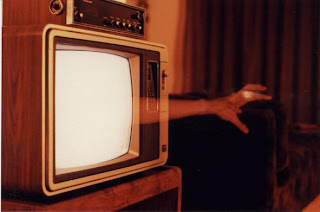 October is a big month for Stephen King projects on television.  King actually doesn't do a lot with Halloween in his novels, but it seems every channel doing a horror marathon has a Stephen King offering.

Of course, TCM is running TCM Night Of Horros this Monday night.  I'm really looking forward to it.

Syfy is going all out, with 31 days of Halloween.  According to Austin 360, it's more than 600 hours of spooky programming.

Featured movies include titles from the "Saw" and "Halloween" franchises, "Leprechaun" and "My Bloody Valentine." Stephen King miniseries "The Stand" and "Tommyknockers" are slated. A new reality series, "Paranormal Witness," kicks off at 9 p.m. Oct. 12, and the month is capped by a six-hour "The Ghost Hunters Live" starting at 6 p.m. Oct. 31. Information: www.syfy.com/schedule.

Email ThisBlogThis!Share to TwitterShare to FacebookShare to Pinterest
Labels: Television