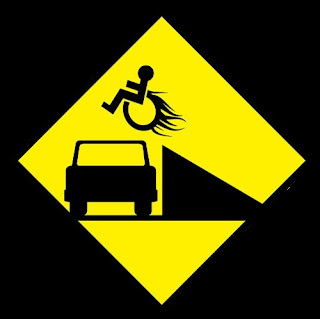 Constant readers are -- constant.  We read other writers -- sometimes when forced -- but come back to King because of his unique powers as a writer.  One of Kings greatest strengths is his sheer muscle!  I mean in writing, of course.  He has the ability to write uphill.

By "writing uphill" I mean that he does not take the easy route when creating characters.  He makes them real, and often gives characters a weakness.

Now, he's known for also giving certain characters some hidden super-power.  Carrie can move things with her brain, and charlie can blow up a tank with a ball of fire.  While those characters are fun, Kings real gifting as a writer shines when he gives us characters that have physical limitations or some kind of restriction.

One of the strengths of King's writing is the handicaps he gives characters. It's got to be the kid in the wheelchair who fights the werewolf, right? This was really played with in Gerald's game. One woman, tied to a bed, fighting for every bit of movement. It gives us brilliant writing!

This actually got King in trouble when writing Christiane. He allowed the narrator, Dennis, to get hurt in a football accident. This meant that Denny had to quiet down and allow Mr. Stephen King to take over the story telling for a spell.

King also uses situations to limit or handicap his characters. In Cujo the characters were limited to the car. King narrowed this in Misery, where Paul Sheldon is in bed with broken bones. He really tightened the noose when he wrote Gerald's game and actually tied his main character to the bed -- alone in the room. (Well, mostly alone)

These handicaps draw the reader into the novel in a unique way. While other writers might avoid the difficulty of creating such characters, the real world is full of people with various limitations. The Stephen King universe is all the more real.  Of course, these characters are harder to write!  They make the story more difficult.  Yet, King exercises his muscle as a writer and never flinches.

Here's a few interesting character limitations King has given us:

Writing uphill isn't just giving the characters a weakness such as a handicap; it can also be a weakness such as being the wrong color or gender or age.  King does kill the monster with the star of the football team, he does it with the Losers Club.  By giving us broken people in difficult situations, King's writing is forced to be ever sharper.  And, the characters are more like us!  We identify at a deeper level.

Notice how seldom the villain is weakened.  In fact, it is often the villain, the monster, who is given full strength!  By making the hero weak, the villain strong -- we are consistently left rooting for the under-dog.

It is dangerous to ever compare -- so let's compare!  Tom Clancy gives us Americans v. Russians.  Seriously, who do you think is going to win?  No mater what enemy we are against in a Clancy novel, they're gonna get their booty's kicked because America is tough.  Or consider Grisham.  I like John Grisham novels, but the disgruntled lawyer is always cut from the same card stock.  Little guy verses cooperation is the common theme.  Only, other than being the "little guy" there usually isn't much more to weaken the main character.

This was adapted from my article,  (HERE)