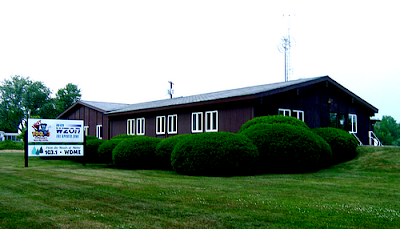 Al Diamon at downeast.com has the following note about Stephen King's radio station, WZON under the heading "A Zone of its own":
.
Best-selling author Stephen King has switched formats at his Dover-Foxcroft station, WZON (FM 103.1), ending the simulcast of the “Sports Zone” programming of WZON (620 AM) in Bangor and replacing it with liberal-leaning talk shows from Air America and other sources.
.
The station is now known as “The Pulse” and may add a local talk show in the near future.
.
A similar progressive format failed in the Portland market in 2007 and was replaced, ironically enough, by syndicated sports shows. So, Air America’s prospects in the hard-core Republican heartland of Piscataquis County don’t seem bright. But King is not subject to the same financial pressures as other radio station owners and tends to air whatever pleases him, rather than what attracts the widest possible audience.
.
http://www.downeast.com/media-mutt/2010/january/portland-heralds-amnesia-verrill