Who Does Stephen King Read? 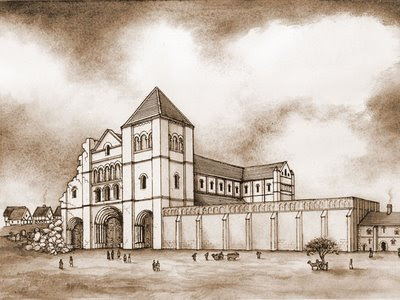 The Bangor Daily News has a good story on the upcoming Under The Dome. (By the way, when you go over there, notice the local poll. What's p with more people saying they DON'T plan to read U.T.D.?)
.
Dale McGarrigle quotes King as follows: “You can learn by writing, but you can also learn by reading." So who does King read? “I like reading books like Ken Follett’s ‘Pillars of the Earth’ and ‘World Without End,’ books that carry a strong narrative through a lot of pages.”
.
YES! I didn't know King liked Follett, but I think he's great! For years I've said my two favorite books are Pillars of the Earth and The Stand. Pillars is one of those few books I've read over and over.
.
Hopefully all the recent whining about King saying a certain author can't write will die down. Here King points to Follett -- an author who really can write. You have to admit that King does have a gift for spotting good writing.
.
Pillars of the Earth is one of those long, wonderful reads that you feel sorrow when it’s done. Like losing an old friend you’ve walked a long way with. The characters live on in the mind even when the book is finished. I count this among my all time favorite novels.
.
A few of my favorite scenes from Pillars of the Earth:
.
1. Prior Philip arriving at his new church and forcing the monks to submit to his authority.
.
2 Tom Builder and his family working together to capture the thief who stole their pig.
.
3. William storming earls castle.
.
4. Prior Philip exposing Wallren’s secret castle.
.
5. Jack accidently burning down the old church.
.
6. The monks surrounding the workers in the stone quarry to protect them.
.
7. Ellen coming to Tom Builder in the forest.
.
8. Prior Philip buys Aliena's wool for full price when the merchants refuse to sell to her at the same rate because she is a woman.
.
9. The final scene as Follett connects fiction to history.
.
Now the big question for me: when Stephen King joined up with Peter Straub we got The Talisman and Blac House. What if King and Follett wrote a book together?
.
LINKS:
.
Bangor Daily News: http://www.bangordailynews.com/detail/128667.html
.
My review of Pillars of the Earth: http://dickensporch.blogspot.com/2008/09/pillars-of-earth.html
.
My review of World Without End: http://dickensporch.blogspot.com/2008/12/world-without-end.html

Email ThisBlogThis!Share to TwitterShare to FacebookShare to Pinterest
Labels: Other Writers, Reviews, Under The Dome