Stephen King on The Hour 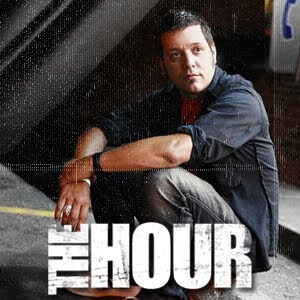 Want to see a full interview with Stephen King? Canadian talk show The Hour has an interesting interview posted on their website. And, you can watch it all. Nice.
.
George Stroumboulopoulos says in his opener: "Stephen King, here, tonight. Currently plotting the demise of all of us. . . . I'm looking forward to this conversation, Mr. King, because I have a bone to pick with him. This man Stephen King has single handedly made me afraid of cars, clowns, cats, dogs, pets in general, the prom, atique stores and luxery mountain resorts that are supposed to be fun. You name a thing that exists, anythng, and King has made it terrifying. Except prision, which he made kinda beautiful."
.
George seems well versed in the Stephen King universe. More than a passing knowledge, so that makes for insightful questions.
.
The discussion about Jack Torrance's relation to King himself is good. Also, I liked King's comments on politics. Mostly, that he says he isn't here to shove his views -- he's here to tell a story.
.
Also, interesting, was King relating that he bought the van that hit him. Now, that is spooky, gang!
.
For the interview with King, jump up to about the 22min marker.
.
http://www.cbc.ca/video/#/Shows/The_Hour/ID=1336760889