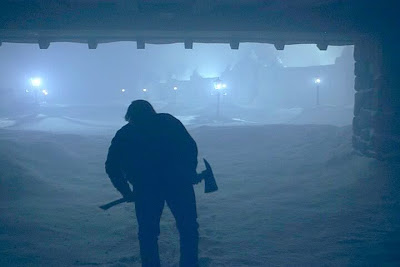 My daughters reading teacher told them that they could only get ONE horror book and then they had to get one book that would "help their mind." She told them that horror books "junk up your mind."
.
Where have I heard this before? Oh yeah! In the introduction to Salem's Lot. Stephen King reported that his mother said almost the very same thing.
.
So what makes horror novles "junk" or "grabrage" or as King'smother called them -- "Trash"? Dracula, Goosebumps, The Shining. . . it all gets lumped by English teachers and parents as nothing more than garbage. But I think horror is an important aspect of lit. Horror introduces the most intense emotion -- fear. It keeps you at the edge of your seat. Does romance do that? Horror pushes the envelope. You just don't know how far an author is willing to go.
.
Of course, King makes the distinction between "bad trash" and "good trash" in his mothers eyes. Dracual might be trash -- but not bad trash. I actually think this is what my daughters teacher was suggesting. That they should read more than horror. Of course, every horror novel isn't for a child -- but just the sheer feeling of naughtyness involved in the reading will draw a young person in.
.
But somehow horror gets lumped into the catagory of sheer entertainment, while heavy novels are seen as good or the mind. (See the blog entry below)
.
What does horror have to offer? How about an embracing creativity at a deeper level. Horror gives the reader the opportunity to pretend. And, most important, it is a means of escape. Look, your life might be hard . . . but your pop probably isn't chasing your through the snow with an axe -- right!