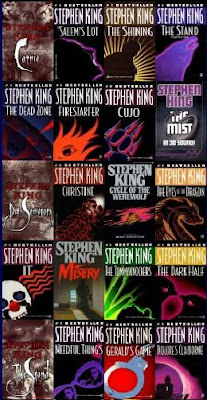 With all the talk about a possible sequel to the Shining, and then all the quick moves to quiet any excitement -- not to mention an addition to the Dark Tower -- got me to thinking about books that deserve a sequel.

Of course, much of King's work has built on itself. There were the Castle Rock stories, Derry stories, and in some cases the Dark Tower actually served as a sequal. In particular Salem's Lot -- Which really serves as redemption for Father Callahan.

Sometimes Hollywood has offered us sequels. Children of the Corn, Salem's Lot, Pet Semetery, Carrie and others I can't think of off hand. None of these were really very good. There was a version of Carrie that had an extended ending (beyond the King book) that I thought was well done.