The Stand: An American Lord Of The Rings! 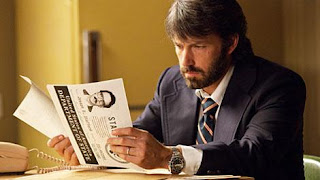 I enjoyed the GQ article about Ben Affleck's work as a director. One project Affleck is currently considering is The Stand.

Affleck is also working on an adaptation of Stephen King's The Stand, struggling to condense its epic nature into a manageable form. "Right now we're having a very hard time," he says. "But I like the idea—it's like The Lord of the Rings in America. And it's about how we would reinvent ourselves as a society. If we started all over again, what would we do?"  www.gq.com

I like it that he sees the potential of an American Lord Of The Rings.  I think that is very much what King was aiming at as well.  Breaking it into 3 clean segments would be difficult.  Movies are like mini-series that can build  night after night.  Each movie needs a clean beginning and ending.  The Stand is deeply interwoven and would be difficult to take apart.

The idea of big screen treatment is great! Maybe that Lincoln tunnel scene could be. . . scary this time!  And maybe Franny could be portrayed by someone else.  Maybe. . .