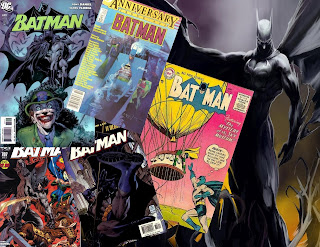 I enjoyed Lauren Walter's short article "Classic Batman Comics."  (HERE) She highlights several great  moments in the classic batman series.  She says it is in honor the the upcoming Dark Knight Rising movie -- but really, do you need an excuse? Batman is just cool!

About the Stephen King Batman comic, she writes:


In celebration of "Batman Issue #400," author Stephen King wrote an introduction to the twelve-chapter storyline that has Gotham City villains kidnapping five people close to Batman, including Commissioner Gordon and Alfred.

Check out my article about Batman #400 HERE.