Dries: The Under-Apprecaited Films Of SK 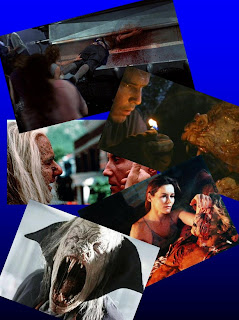 Dries opens things up by saying:


When you’re as prolific as Stephen King—and when the ravens of Hollywood have picked at your bones for over forty years—you’re bound to hit some home runs. Take Carrie (1976) or The Shawshank Redemption (1994) for example, films so superbly crafted they’ll garner Oscar attention.

And then there are those other films. The not quite so polished gems.

But here’s the thing… I actually like a lot of those flicks that folks discredit. In fact, I like some of them quite a bit.


Dries gives us his list of favorites, and a short explanation as to why each one holds a special place in his heart -- and DVD collection.  With each movie, he also includes a paragraph that reveals what he thinks is the best scene.


Humm, he had me up until Sleepwalkers! But, honestly, it is refreshing to find someone who will defend this movie. For Sleepwalkers, Dries suggests, "My advice is unplug your brain, tap into your inner child and indulge in some EC Comic-inspired thrills."

Was Christine really "under appreciated"?

Now when it comes to The Night Flier, I'm a fan. A big fan! I love the movie, the tone, the darkness, the grittiness -- everything. I think it's all out creepy,and a delight. Dries declares the best scene is -- from beginning to end! He writes, "The film is a welcome alternative to the anemic vampire films of late, with one foot grounded in the modern world and the other in traditional Bela Lugosi lore. And unlike a lot of horror films (some of which are on this list), The Night Flier earns its deliriously gory finale."

Check out the full blog post, it's wonderful! aarondries.com

Thanks to Star Jameson