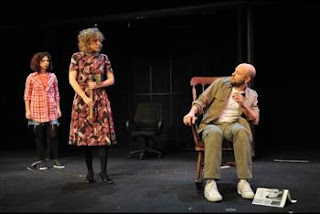 “Dolores Claiborne,” is being presented in a Turkish theater. This is awesome, as the novel focuses on domestic violence and women's rights.

"The play is directed by Hakan Çimenser. Çimenser told Anatolia news agency that they were trying to reflect the supernatural and thriller characteristics of the novel in the play.

“The play also takes on women’s existence in a men’s world,” added Çimenser.

The play also focuses on violence against women. “The supernatural characteristic of the novel is in the play,” he said. “Dolores is a woman who has become a ‘witch’ and a vile character because of her husband. She knows that her husband has sexually abused their daughter. Dolores becomes a wild character and kills her husband.”

I am excited to see this novel being translated into so many different media.  Not only was there a movie,  but is also being performed as an opera  by S.F. Opera.