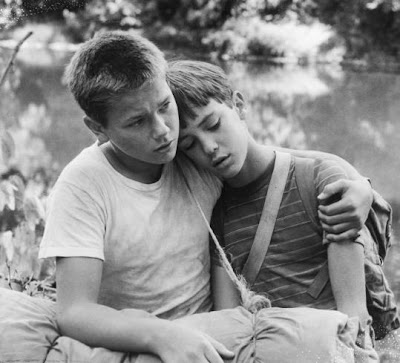 picture: http://www.boston.com/ae/movies/articles/2011/03/20/dvd_report_this_weeks_new_releases_march_20/
.
boston.com has a review of the 25th anniversary Blu-ray reissue of “Stand by Me." In particular, the review focuses on the video commentary, which includes Rob Reiner, Wil Wheaton and Corey Feldman. Here's some interesting lines:
There is a lot more, so check it out here:
http://www.boston.com/ae/movies/articles/2011/03/20/dvd_report_this_weeks_new_releases_march_20/

Email ThisBlogThis!Share to TwitterShare to FacebookShare to Pinterest
Labels: Links, Stand By Me