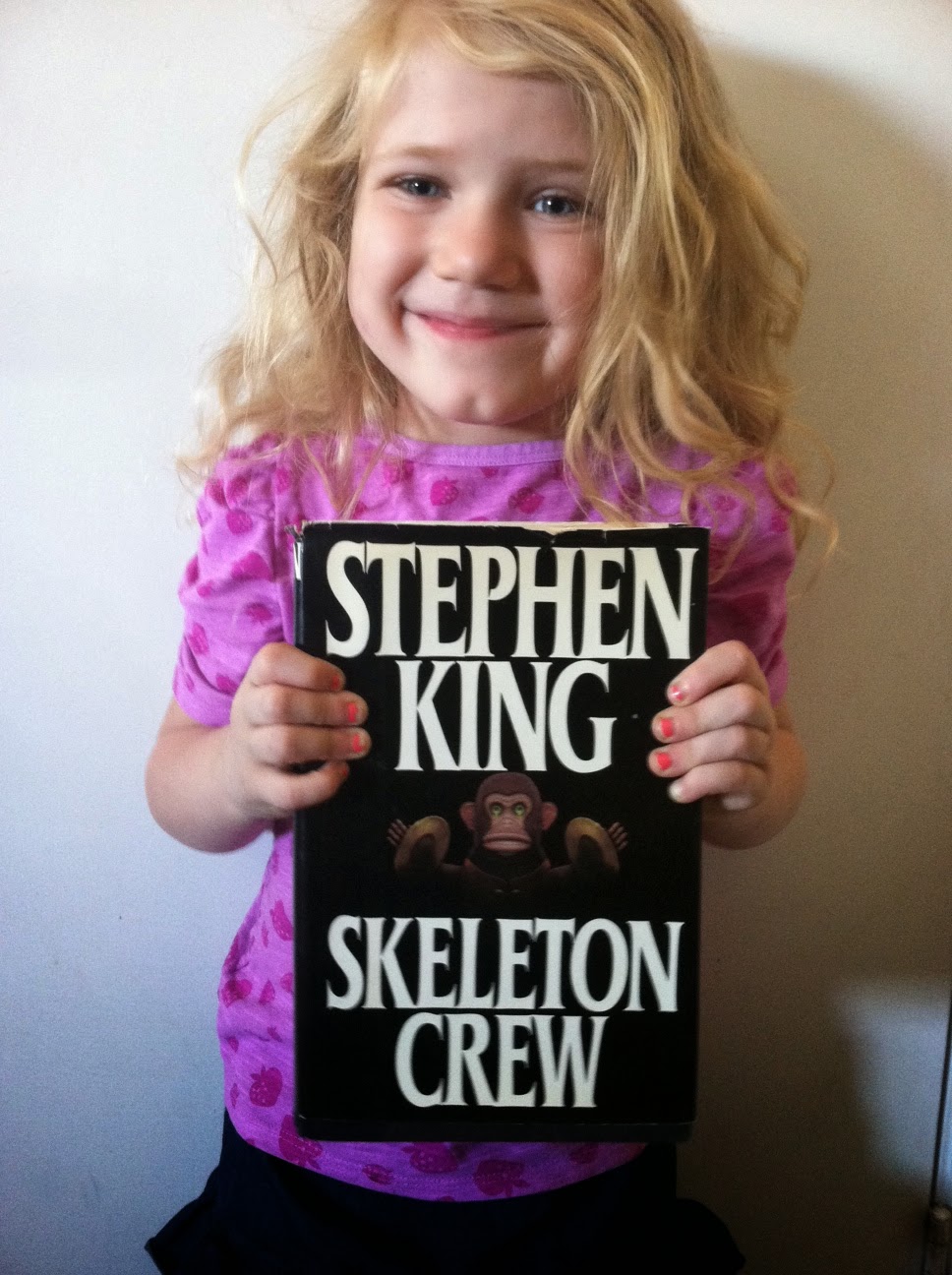 I found two copies of Skeleton Crew at a local used bookstore the other day.   Different boards and covers.  One cover wrap did not include the price and the copyright page did not have a number line.  Both clear indications it is a later edition.  However, the second copy had both.

Is  it "worth"  something?  I dunno.  Probably not  much.  I paid $1.99 for it.  But a find like that makes me pretty happy.  It appears to go on ebay for $15+.  I also have a British first edition of this book.  (I'm not sure why I bought a British edition of that particular book, except that I thought the cover cool.)

My favorite story in Skeleton Crew is by far The Mist.  The book as a whole remains among my favorite of King's short story collections.  As Kevin Quigley pointed out,


"Skeleton Crew is a frustrating instance, because a perfectly terrific version of Skeleton Crew on audio simply doesn’t exist anymore.  The collection Skeleton Crew: Selections is the only version available on audio, which is insane.  Sure, the narrators are fine – King reads “The Raft,” and it’s awesome – but there are only four stories.  Why let the terrific Frank Muller version rot in purgatory?" (interview with Kevin Quigley on THE MIST, at talkstephenking.blogspot.com)