Darabont Talks About Ending THE MIST 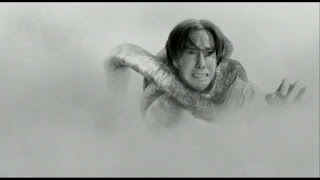 Did you like the ending of The Mist?  Frank Darabont   Like it or hate it, you'll enjoy Blake Hennon's LA Times article, "‘The Mist’: Frank Darabont, Thomas Jane on ‘angry, bleak’ ending."  (herocomplex.latimes.com)


“I was really getting something off my chest here,” Darabont said. “So if you hated the ending, I apologize for the two hours of your life I took. … This is an angry cry from the heart from a humanist who is really pretty pissed off about the fact that all the reasonable people seem to be marginalized, ground under the heel of the extremists.”

The good news is that I didn't lose two hours of my life.  The movie was great -- until characters  who had been making solid decisions began acting irrationally.

Darabont declares him the "reasonable" people. Was that ending reasonable?  No.  Because the situation wasn't really serious when David Drayton took things into his own hands. It had the potential of getting  bad -- but it wasn't that bad yet.