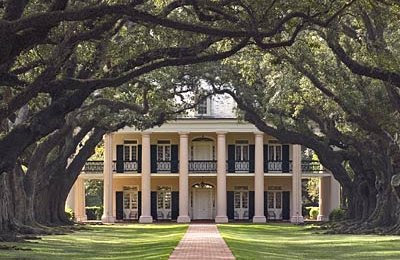 Fire Starter has peaked my interest in the mysterious government institution "The Shop." The Shop is headed up by Captain James Hollister, better known as Cap. The Shop is a heavily guarded scientific institution backed up by a few not-so-nice hit men. Of course, the first handful of hit men turn out to be completely incompetent! (Namely, my already mentioned, a killer named O.J. go figure!)
.
The Stephen King Universe has an entire section that looks at stories that incorporate The Shop. The book notes, "Two observations can be made. First, though operating in the prime reality, the Shop seems to share certain facets with the low men in yellow coats from Rolands reality (Hearts in Atlantis). Second, if there are thinnies between the prime reality and any of the others, the shop is almost certainly aware of them." (SK Universe 248)
.
Formal Name: The Department of Scientific Intelligence
Location: Longmont, Virginia
.
King says this about Shop headquarters in Fire Starter:
Two handsome Southern plantation homes faced each other across a long and rolling grass lawn that was crisscrossed by a few gracefully looping bike paths and a two lane crushed-gravel drive that came over the hill from the main road. Off to one side of one of these houses was the hill from the main road. off to one side of one of these houses was a large barn, painted bright red and trimmed spotless white. Near the other was a long stable, done in the same handsome red with white trim. Some of the best horseflesh in the South was quartered here. between the barn and the stable was a wide, shallow duckpond, calmly reflecting the sky.
.
In the 1860's, the original owners of these two homes had gone off and got themselves killed in the war, and all survivors of both families were dead now. The two estates had been consolidated into one piece of government property in 1954. It was Shop headquarters. (Fire Starter, p.63)
.
The Shop appears in:
Firestarter
The Tommyknockers
Golden eyars
The langoliers
.
The Shop Crossovers:
This is from http://www.malakoff.com/sklnklst.htm.
.
THE LANGOLIERS (Four Past Midnight)—FIRESTARTER“The Shop” is mentioned in The Langoliers. Presumably the same “Shop” as in Firestarter.
.
THE TALISMAN—FIRESTARTER The Rainbird Towers, a New York condominium complex, is mentioned in "The Talisman." Rainbird is the name of The Shop operative assigned to Charlie McGee in "Firestarter."
.
THE TOMMYKNOCKERS—FIRESTARTERAfter all the excitement was over in The Tommyknockers, “The Shop” came to Haven to investigate.

Email ThisBlogThis!Share to TwitterShare to FacebookShare to Pinterest
Labels: Firestarter, Golden Years, Hearts In Atlantis, The Dark Tower, the Langoliers, The Shop, Tommyknockers