Haven Picks Up Where Colorado Kid Left Off 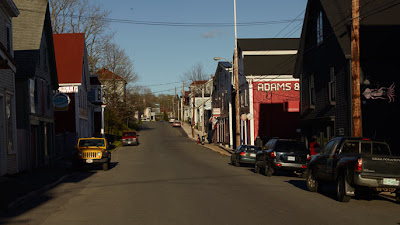 In an article posted on digital spy titled "Haven' execs promise answers," Morgan Jeffery cites Haven producer/co-writer Sam Ernst as saying that Haven will answer a lot of the questions King left hanging in The Colorado Kid.
.
Jeffry writes, "The original book tells the story of the 'Colorado Kid' and his unsolved murder. The new show will reportedly pick up where the novel left off."
.
As we already know, Haven is a safe place for people who are supernaturally "afflicted."
.
Jeffery also spoke to Jim Dunn, a co-writer and producer, as saying, "These supernatural afflictions had gone away, but for some reason they are coming back. These three people have three different perspectives about what is going on in this town and they all handle that reality in different ways."
.
http://www.digitalspy.com/ustv/news/a238474/haven-execs-promise-answers.html