Can Stephen King Work on TV? 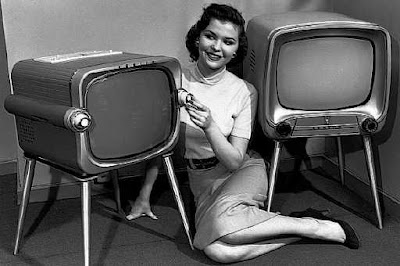 Stephanie Earp (no, that's not her in the picture!) has a worthwhile post titled "Can Stephen King Work on TV?" She is rather stunned that King isn't used more often on the small screen.
.
Earp notes, "King has had success on the small screen, but usually in a mini-series format: 'It,' 'Rose Red,' 'The Stand' and 'The Storm of the Century' among them, so why is his resume so short on long-format series?"
.
She also takes some time to point out King's strengths and weaknesses as related to television. "You have to admit, it's weird that King's stories haven't been more meticulously mined for TV content. I'm not a serious King fan, but I have read about a dozen of his books over the years, and the man has a knack for certain conventions that work well on TV: The everyman hero or heroine, slow build-up of tension, great secondary characters and a never-ending resource of scare tactics. Name an everyday object and he can make it frightening, whether it's a car, a cell phone, or a lawnmower. And the one aspect he's notoriously bad at -- endings -- is the one thing you don't really need to have a good TV show."
.
And, she concludes with this interesting thought: "If it was up to me, I would go back further and remake 'Carrie' for television, but that would involve not only Mr. King but an intelligent teenage protagonist, and therefore, it would be bound to fail." Of course, as I pointed out some time back, I think Carrie was being considered for a TV series. However, it didn't make it past the pilot "TV movie." (See my post: Could Carrie White Live In Haven?) http://talkstephenking.blogspot.com/2010/06/could-carrie-white-live-in-haven.html
.
Of course, the series most King fans really want is The Dark Tower (just note the comments section at the end of her post). Of course, King fans want a nice long series produced with a big screen budget. I mean a weekly budget worthy of an epic. And that's the problem with both the series and the mini-series, enough money is not pumped into these to make them feel worthy of the "bigness" of a King novel. The Stand did feel big at points, but many other films could have used a little more in the budget department.
.
http://www.tvsquad.com/2010/07/12/stephen-king-tv-haven-dead-zone/?utm_source=feedburner&utm_medium=feed&utm_campaign=Feed%3A+weblogsinc%2Ftvsquad+%28TV+Squad%29