Carrie On Stage -- In drag! 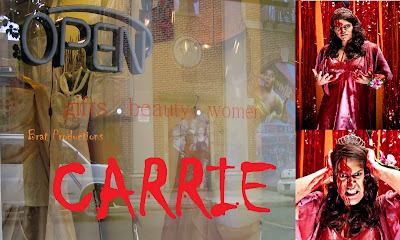