That's Not A Good End! 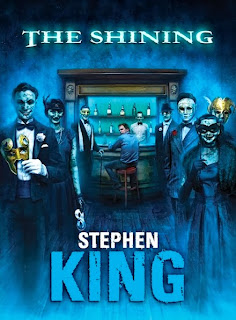 Ending a novel can gave a reader the euphoria of crossing the finish line after a hard run race.  Or it can be like running out of gas in the middle of no where.

Stephen King endings -- the thought alone can cause constant readers a little trauma.  It seems pretty well known that while Stephen King has given us some great stories, the endings sometimes leave the reader a little frustrated.

Sometimes King nails it!  He drives the story home with unusual skill.  He allows the characters and  plot to work together to bring about a breathtaking end.  Dolores Claiborne, The Shining and Salem's Lot all had what I considered  to be pretty satisfying endings.

There have also been times that King declined to really end a story.  The Mist is such an example.  King left the character driving into the mist, for the reader to choose their own adventure from there.  Also, the Girl Who Loved Tom Gordon was a bit unclear at the end. I also liked the endings to the very dark stories in Full Dark No Stars.  The Green Mile played out nicely from beginning to end.  I think the pressure of having to write in serial was good for King.

Did Insomnia have an end?  I never got there.

Here are some endings I found weak:

Needful Things.  It ends with a video that Allan has to decide if he will watch or not.  The battle really isn't as big as we would think.  Polly takes on a pretty awesome spider, but it really doesn't pack the punch the rest of the novel did.  I liked it right up to the very end, it had played out so well, and then it just dropped off.

The Dark Tower.  I've gotten so therapeutic resolution over this from Bev  Vincnt, but the ending still troubles me.  My feelings run pretty deep on this not only because the books were so long -- and there were so many of them -- but they were so long in coming.  A little portion of my life was spent  thinking, "now when is the next Dark Tower book coming out?"  Then for it to end without the deep resolution I was hoping for left me disenchanted with the entire series for a while.  But there were  episodes I really loved!  I thinks some of King's best, and worst, writing appeared  in The Dark Tower  books.  The Wolves of the Calla was particularly delightful.

11/22/63.  Once again, loved the novel, hated the end.  We go a long ways with King waiting for the alternate history to play out -- but it never really does.  By the time King gives us a glimpse of what would have happened if Kennedy had lived, the events are marred by science fiction.  That is, we don't really get to see  the "what if" played out.  We have to put up with a strange world ripped apart by an overdose of time travel.  The giant earthquake changed everything, thus creating major events different from the timeline we are on now.  So the changes in political history really don't matter much, since nothing jives with our own timeline anyway.  Might as well be the history of Mars.

Dreamcatcher.  I was really engaged with the first half of the novel, but when we began chasing aliens from point A to point B, I really got weary.

Thinner.  I don't think I should have to say more than that.

Firestarter.  Great book, but a troublesome ending.  I found it, as with others,  hollow  and even a little forced.  It did not have the tension I think King was looking for.

And in regard to the Talisman. . . that was a crazy way to end a book.

What is your favorite and least favorite endings to a Stephen King book?