Under The Dome: Why I Like The TV Show Better Than The Book 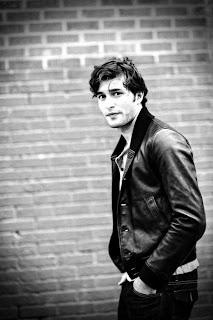 I like Under The Dome a lot.  I thought the book was fantastic; big, well written and nicely paced.  As much as I enjoyed the book, I think the television show actually has the upper hand.  I think it's a stronger story.  Of course, I say this not yet knowing how they have decided to resolve the mystery of what the Dome is.

The television show has several advantages over the book that lend to its strengths.  For instance, they didn't have to come up with an idea and characters, King did that for them.  What they were able to do was fine tune and play with the core elements, making it even better.  They also had the advantage of group think!  Of course, sometimes this doesn't work; but it seems that in the case of Under  The Dome, many minds at work have done the story good.

There are things I find strange in the television show.  Like how long it takes to travel across town while entire other scenes unfold.  And why didn't anyone think sooner to head to the Dome's center to look for its power source?  Having it covered with dirt was a good way not only to hide it, but be able to show it visually on television -- since the force-field dome is invisible.

Here's why I think the television show is a stronger story than the novel:
About the little Dome -- with the egg -- revealed in last weeks episode, Darren Franich at popwatch.ew.com hypothesizes:


Looks a little bit like pink stars, doesn’t it? Of course, they’re not falling…they’re rising. Was this somehow evidence that the Egg was absorbing the dying Alice’s life essence? Could it be that the little Egg is absorbing the souls/bio-electromagnetic field of everyone who dies inside of the Dome? Assuming that no one has died offscreen, the number of pink stars looks about right for our total body count so far: Three cops, one local diner attendant, a reverend, an out-of-town lesbian psychiatrist who vividly remembers all her med school training, and a couple murderous townies. Am I missing anyone? Could the Egg be absorbing Chester’s Mill life force in order to give birth to some new creature? Like, the Anti-Christ? Or the Alien Anti-Christ? Is the egg the source of the Dome’s power, as Joe implied, or is it a beneficiary of the Dome?