Cover: Stephen King A Face Among The Masters 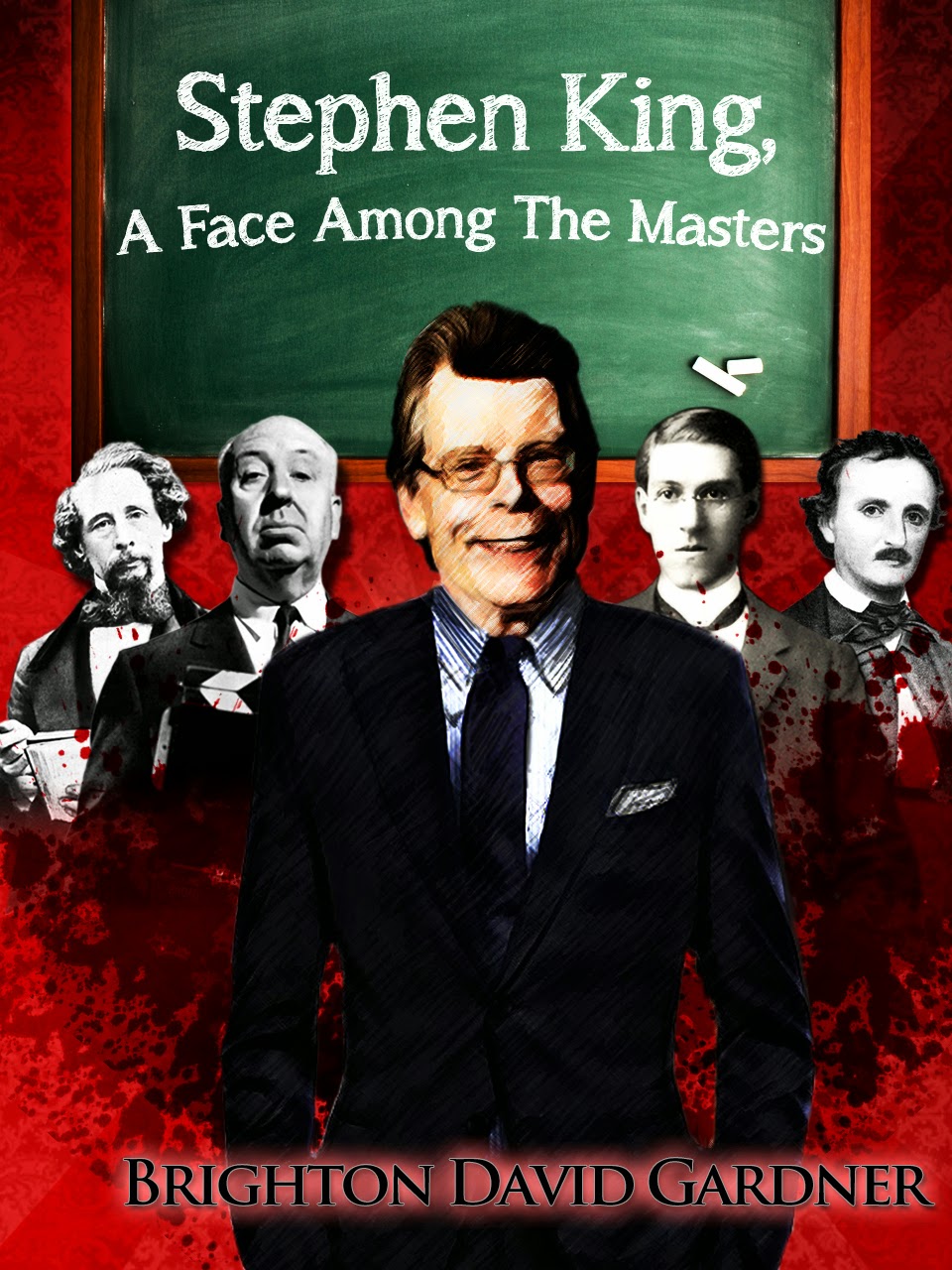 Stephen King, A Face Among The Masters, makes the passionate argument that Stephen King deserves to be taken seriously as a literary master whose work might well be regarded with those of Poe, Dickens and Lovecraft in years to come.

Is there more to Stephen King than just haunted cars, rabid dogs and cities trapped under a dome?  Will his work be lost in histories unforgiving shuffle, or has he created a lasting body of work?  In Stephen King, A Face Among The Masters, Brighton Gardner discusses how King’s work compares to other outstanding artist.

Exploring not only King’s lasting legacy, Gardner takes a closer look at the novels themselves.  Did Stephen King write the father who abandoned his family into his novels?  What Stephen King movie did Alfred Hitchcock’s The Birds inspire?

What it's not: Stephen King, A Face Among The Masters, is not a biography of Stephen King.  It is also not an in depth treatment of literary criticism.  It is not a series of book reviews.

What it is: The book is a discussion comparing King's work and life to artist who proved their merits in years past.

CHAPTER 1: THE LONG SHADOW OF STEPHEN KING
Carrie Still Grabs Us
The Eyes of H.P. Lovecraft

CHAPTER 4: WHICH BOOK WOULD ALFRED HITCHCOCK FILM?
Maximum Overdrive, A Touch of Hitch
Nine Books Hitchcock Would Have Loved to Film

CHAPTER 5: SHIVERING THROUGH THE TWILIGHT ZONE
Under The Dome and The Twilight Zone
Richard Matheson
Lincoln Instead of Kennedy
Gramma

CHAPTER 7: DARK THEOLOGIAN
The Green Mile: Retelling Redemption’s Story
Pet Sematary: Dark Resurrection
The Shining: What about Hell?
Salem’s Lot: The Power of Faith
The Apocalypse Comes to America: Spiritual Tones in The Stand
The Dark Tower—Searching For Redemption