Interview with Julia Marchese Director of I KNOW WHAT YOU NEED 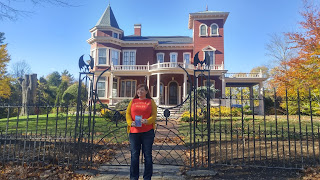 Talk Stephen King: First of all, I was really excited to learn you took a trip to actually visit the towns we all visit in the works of Stephen King.  Tell me about that trip.

Julia Marchese: Last November I took a Stephen King pilgrimage to see the towns I read so much about all of these years - the names had taken on a kind of magical quality to them - Pownal, Portland, Bangor, Ludlow - such a beautiful state, with gorgeous scenery and lovely people. I took an amazing Stephen King tour of Bangor and was in absolute heaven walking around "Derry" and seeing the canals, the storm pipe, the bird baths, Paul Bunyan, Pennywise's drain, and even Stephen King's house itself. It was like walking through one of his novels. Pure bliss. I can't wait to show the beauty of this incredible state.

Talk Stephen King: I’m so exited to hear about your Dollar Baby, “I Know What You Need .”

Julia Marchese: Thank you! I'm excited too! "I Know What You Need" is my favorite Stephen King short story! It was first published in Cosmopolitan Magazine in 1976, then added to the short story collection Night Shift in 1978. The story centers on Elizabeth, a popular college junior who is approached one night by Edward, an unkempt outcast whose first words to her are "I Know What You Need" - and she is shocked to discover that he does. It's a love story! But a Stephen King love story, so you know things aren't always what they seem.

I am keeping the film set when the story was first published, in 1976, and I'm also so incredibly thrilled that the The University of Maine - where Stephen King attended and where the story is set - will be allowing us to shoot this short film on their beautiful campus!

So that means this movie will be shot in the exact same locations that Stephen King wrote about in the story!

Talk Stephen King: Tell us a little about yourself.

Julia Marchese: I am a filmmaker, actor, film programmer, podcaster, cinephile and Constant Reader. I have been an actor since I was a kid. I programmed film and coordinated guests for the New Beverly Cinema for 8 years My first film, 2016's Out of Print, is a documentary about the importance of revival cinema and 35mm exhibition and preservation to culture. It features interviews with filmmakers such as Rian Johnson, Edgar Wright, Kevin Smith, Joe Dante, Mark Romanek, John Landis, Stuart Gordon, Joe Carnahan, Tom Holland and many more.

Out of Print was shot half on film and half on digital, and I was so thrilled to have a 35mm print of the film made. The film won the Programmers Award at the Sidewalk Film Festival and has played at art house cinemas, universities and film archives all over the world. The film is available on DVD, Amazon Prime and streaming & the 35mm print is still touring the world, having just played the Film Archive in Austria earlier this year. The film print lives now at The Academy Film Archive in Hollywood between screenings. 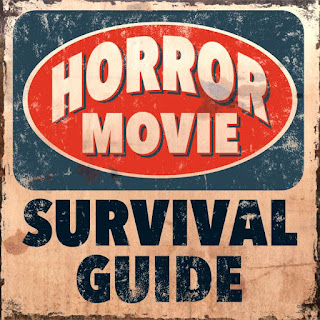 I also co-host a horror podcast called Horror Movie Survival Guide, which focuses on how to survive horror films and become the Final Girls. We have over 170 episodes and A LOT of Stephen King episodes! Pet Sematary was actually the first horror film I ever loved!

Talk Stephen King: Where will fans of Stephen King be able to see your film once it’s completed?

Julia Marchese: Because of strict Dollar Baby guidelines, the film is only allowed to be shown in festivals and in private screenings. That means the only way you are guaranteed to see the film is to back the project and be sent a link to private live stream link when the film is finished.

Talk Stephen King:  Are you doing this as a part of an assignment, a class or just because you love King?

The most exciting aspect of the contract is that Stephen King asks that all finished Dollar Baby films be sent to him to view - so dig this - he sells the rights to the stories for $1, basically because he's curious to see how other people view and interpret his work - how cool is that? 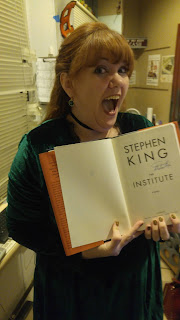 Julia Marchese: Knowing that Stephen King himself will watch a film that you can be a part of is a pretty awesome and unique opportunity!

The fascinating thing about Stephen King adaptations is how differently people can interpret the exact same story. Although we are all reading the same version of "I Know What You Need", it will be *my* version of the story up on screen, which I am sure is very different than how a lot of other people see this story.

Naturally, as a woman, my vision for the story is probably very different from Stephen King's, but that's why I am so interested to see it come to life - the writer of the story is male, but the protagonist is female - and now will be adapted & directed by a female filmmaker. That being said, I feel very strongly as a Constant Reader that the dialogue and feel of any film based on King's work should stay as close to the original story as possible, and I've definitely kept that in mind when adapting the screenplay. Most of the dialogue is taken word for word from the story.

Talk Stephen King: How hard was it to get the rights to the story for a dollar?

Julia Marchese: Stephen King actually makes it pretty easy for fans! Just go on his website, check out the stories that are available to adapt and send in an application! He has a good amount of stories to choose from.

Talk Stephen King: What kinds of conditions come with a Dollar Baby?

Julia Marchese: The conditions are that the film has to be 45 minutes or under, non-profit and non-broadcast. That means it can't be sold, or shown on TV or online, but it can be shown in film festivals and in private screenings. That means you have to make the film for the love of it - not because it can later be sold and shown.

But as a Constant Reader, the making of it is enough! To show *my* version of the story is a dream come true!  And honestly, all I did was ask. So you have nothing to lose, if you're a King fan - you get in life what you have the courage to ask for!

Talk Stephen King: How can King fans participate in this project?

Julia Marchese: Go to my Indiegogo campaign, running through October 24th. Donate if you can, but if you can't please SHARE! That is the most important part of any crowdfunding campaign, spreading the word - especially with other King fans!

I Know What You Need - A Stephen King Adaptation

Talk Stephen King: Your obviously a big Stephen King fan. What first attracted you to king?  Do you have a favorite novel by King?

Julia Marchese: I read IT in junior high and I was hooked from there, reading more and more throughout my life.

I realized two and half years ago that I had never tackled his master work, The Dark Tower series. This needed to be remedied immediately. So I devoured the books, loving each one more and more and starting to panic as I neared the end of the series. I didn't want the story to end!! I got to the 11th stanza in book 7 - The Song of Susannah (Constant Readers will know where I mean) where the reveal was going to be so good and I was so excited, that I needed to prolong that feeling as long as possible.

So I decided to pause my reading there and read every Stephen King novel and short story related to the The Dark Tower (there are A LOT, over 40 short stories and novels combined!) before re-reading the Tower series (and then continue on to the Marvel comic series omnibuses and The Dark Tower companions after that). It's taken me two and a half years so far and I am still working on it. It's the most incredibly brilliant literary multiverse puzzle that I have ever undertaken, and I am enjoying putting the pieces into place more than I can say.

I can't give you one favorite so I will give you top 5: IT, The Long Walk, Firestarter, The Stand and The Dark Tower Series!

Talk Stephen King: Have you had the opportunity to see other Dollar Babies?  Do you have a favorite?

Julia Marchese: I have seen a few other Dollar Babies, yes! I contacted a bunch of the other Dollar Baby filmmakers while arranging this film, and they were all super helpful and kind. I can't say I have a favorite, but I can say how cool it is to see other people's perspective on the same story and they are all made with such passion!

I know there is another Dollar Baby version of "I Know What You Need" out there, but I am going to wait to watch it until after I finish my version. That's probably silly, but I don't want to be influenced by another version, even though I am certain it will be very different!

Julia Marchese: I will always choose his books as number one. That's what got me started and that's really the essence of who he is. He has a way of writing that makes the reader feel that he is almost talking directly to them, a relationship of sorts between Stephen King and the Constant Reader that I absolutely love. There are some excellent film versions of course, but I like it best when it's just me and King and no one else. :)

Talk Stephen King: When will you begin filming?  Have you already cast the film?  How did you go about that?

Julia Marchese: If the crowdfunding campaign succeeds, the film will be shot in the summer of 2021, in Maine. I haven't started casting yet - I have to make sure we have the funds to shoot the film first! Auditions will of course be virtual, and will focus mainly on actors on the East Coast.

Email ThisBlogThis!Share to TwitterShare to FacebookShare to Pinterest
Labels: dollar baby, I know what you need, Interviews, my interviews